Although Tinos is one of the most important religious destinations in Greece, this elegant island remains unexplored and ready to be discovered for its diverse landscapes, serene beaches,historic monuments, rich cultural heritage and verdant nature. Certainly the miraculous church of Panagia of Tinou acts as a magnet for travelers, however Tinos is so much more than a pilgrimage center. Tinos is a center of culture, an open air museumwhere sculpture and painting are used even as part of the architecture, and a premium culinary destination. The gems of the island are the authentic villages, the historic monuments and the rich culinary traditions. Tinos is also a place of spirit and enlightenment. Art, nature and tradition are combined in such a way that is impossible to leave you untouched.

Tinos has more than 45 wonderful villages that captivate visitors with theirelegant Cycladicelements and natural beauty. Walking through them you gives you a perfect sense of the island’s culturalheritage, traditions and prosperity. Some of the most enchanting villages of Tinos are:

Tinos town (Chora) is the capital and harbor of Tinos. The first impression one has when arriving at Tinos port is that it resembles more of an urban city than a picturesque Cycladic village. However, behind the dock lies a charming settlement with a traditional atmosphere and many 19th century elements. Walking though its alleys you will discover old mansions and churches, marble fountains and cobblestone paths that indicate past economic and social prosperity. Being the capital, Chora is filled with traditional restaurants, tavernas, pastry shops, cafes, bars and accommodations. The most important monument of Chora is Panagia of Tinou, which hosts the miraculous icon of Virgin Mary and is considered one of the most important pilgrimage centers in Greece. Panagia of Tinou is also and the protector of all Greece. Other sites include the Textile School, the chapel of St. Nicholas Catholic church, the Tinian Artists Museum, the Art Gallery, the Cultural Foundation of Tinos and the Temple of Poseidon and Amphitrite.

Pyrgos is the birthplace of many famous Tinian artists like Chalepas, Filippotis, Lytras and others. It is one of the largest and most beautiful villages in Tinos. The first thing you will notice when visiting Pyrgos is the marble creations. Marble exists everywhere you look in the village, on sculptures, above the house doors, on the fountains, even on the tables of the small kafeneios in the main square. This lavish use of marble makes Pyrgos an outdoor architectural museum and a unique place to visit. In Pyrgos you will find the museum of the world famous sculptor Giannoulis Chalepas, the Museum of Fine Arts and the modern Museum of Marble Art.

Isternia is a traditional village built amphitheatrically in the slope of the mountain Meroviglia, overlooking the island of Syros and offering particularly picturesque views at sunset. It is a village of white houses and paved alleys, filled with many visible sculptures and works of art. The entire village serves as anopen airmuseum of fine marble sculpture. Actually, Isternia has a long tradition in sculpture and is the birthplace of many famous Greek sculptors like Vitalis, Latena and Sochou. Worth visiting sights include the Museum of Isternian Artists, the church of Agia Paraskevi, the ruined windmills on the north side of the village and the beautiful marble paved road that connects the village with the Isternia bay.

Panormos is a seaside resort located on the northeastern side of the island. Its Cycladic architecture with white houses with blue doors and window frames attract each summer many visitors. In fact Panormos is considered one of the most popular destinations in Tinos. The village has a small port where fishing boats can moor. Around the dock you will find many tavernas and cafes. Panormos’ cosmopolitan beaches are also very popular amongst youngsters.

Volax is a one of the oldest villages in Tinos best known for thegiant rocks that are surround the village. According to geologists, these natural monoliths were most probably created millions of years ago from changes in temperature and humidity. The rocks are of different shapes and provide a unique sight. On the village you will few tavernas and shops and an open air theater where summer performances are given. There is also a folk museum with everyday objects from the 19th century. Do not forget to get a wicker basket souvenir from Volax. Basketry is still the main occupation among its population, and their work is of course for sale.

Kolimbithra: is one of the most well known beaches of Tinos. It consists of two separate beaches. The smaller one is fully organized with all sorts of amenities and quite cosmopolitan, while the bigger is semi organized with a more relaxing vibe. Both beaches have unique beauty, crystal clear waters and thick golden sand. Behind the big beach you will find a small sea lake with a rich biotope, including ducks and turtles. The beaches are exposed to the strong north winds and offer an ideal place for windsurf and kite surf.

Agios Romanos: is a beautiful sheltered bay that looks at the sunset. This long sandy beach with green waters has a lot of natural shade from tamarisks trees and a nice chill beach bar. Agios Romanos is ideal for relaxation and isolation. Behind the beach there is also a traditional tavern.

Kionia: is a popular sandy beach close to Tinos town. It is fully organized with all sorts of beach facilities includingsunbeds, umbrellas and water sports. Behind the beach are the ruins of the ancient temple of Poseidon, the God of Sea. Close to the beach are also many accommodations, taverns and bars.

Agios Markos: is a picturesque small rocky bay with emerald waters. It was named after a small chapel that stands right on top of it. Agios Markos attracts a lot of visitors due to its sheltered transparent waters.

Platia Ammos: is a long beach located 10km from Tinos town. This unspoiled sandy beach with crystal clear waters is very appealing to those seeking for serenity and isolation.

Agios Fokos: is the largest beach on the island very close to the Town of Tinos. It is a long sandy beach with crystal clear waters and many beach facilities, including sun beds, umbrellas, beach bars, taverns, water sports and accommodations. At the end of the beach you will find the ancient rock of Vryokastros with a panoramic view to the island of Delos.

Poseidon and the snakes of Tinos
In ancient times, Tinos was known as Ophioussa (ophis = snake in ancient Greek), due to great quantity of snakes on the island. According to the myth, Poseidon the God of the sea and great healer, exempted the island from snakes and reptiles and became the island’s protector. A glorious temple was dedicated to him in Kionia.

Hercules and the strong winds of Tinos
Legend has it that Hercules chased and killed the sons of Aeolus, the God of winds, and buried them on top of the mountain “Gyros”, because they abandoned the Argonauts when the ship passed by Tinos. When Aeolos found out that his sons were buried at Tinos, he became furious and let the winds free on the island to blow with rage until today. This is the first thing visitors notice when they arrive at Tinos.

The fights of the Titans with the Giants and Volax huge rocks
According to another famous myth, the giant rocks that are surround the village of Volax, are the stones the Titans used against the Giants, during their fights.

Tinos is one of the most popular religious travel destinations in Greece. Every year thousands of pilgrims come to Tinos to visit the miracle working Church of Panagia Tinou and honor the Virgin Mary. Saints are celebrated with great enthusiasm and local feasts welcome visitors with glorious celebrations that preserve the traditional flavor of the island and its long history. Some of the most popular such folk feasts include: 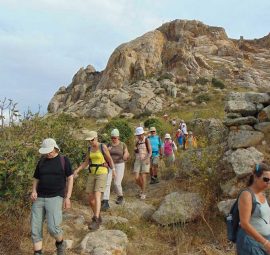 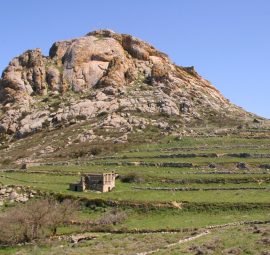 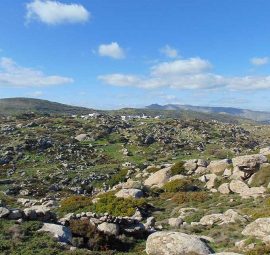 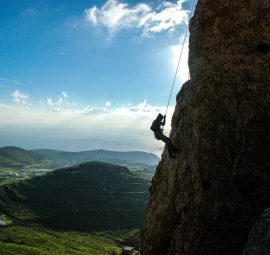 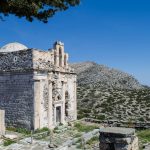 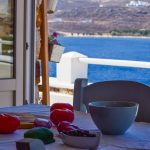 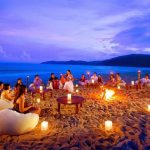 Private Party on a Secluded Beach 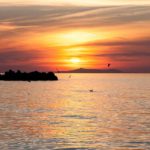 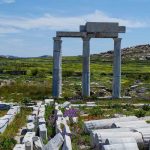